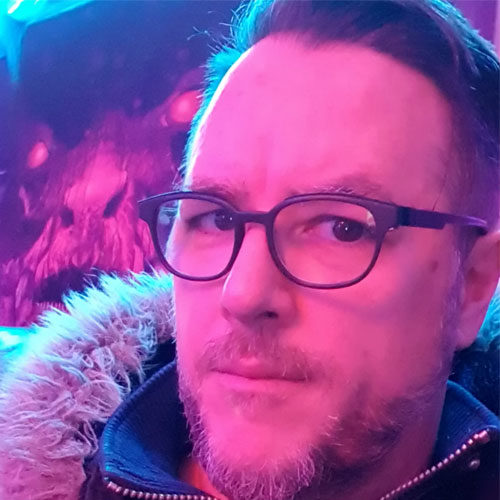 Justin graduated from Curtin University, Western Australia as a top 1% graduate and a member of the Vice-Chancellors list with a Bachelor of Arts in Illustration Design. He completed his first class honors as a top 5% graduate with a thesis on digital comics, titled ‘Visual communication in print and the digital medium’ before accepting a tenured academic position where he moderated offshore programs, supervised post graduate studies and coordinated Illustration Design units for the Department of Design for over 15 years.
He illustrated his first full length graphic novel for IDW Publishing titled 30 Days of Night: Eben & Stella, along with a follow-up title, Dust to Dust, as a San Diego Comic-Con exclusive while working as a colorist for the quasi-sequel to Repo Man, Waldo’s Hawaiian Holiday by Alex Cox. He then produced his first solo graphic novel series titled Changing Ways which was awarded a Gold Ledger award and two Aurealis awards for ‘best illustrated work’ in Australia.

Justin Randall
X
We use cookies to ensure that we give you the best experience on our website. If you continue to use this site we will assume that you are happy with it.OkPrivacy policy