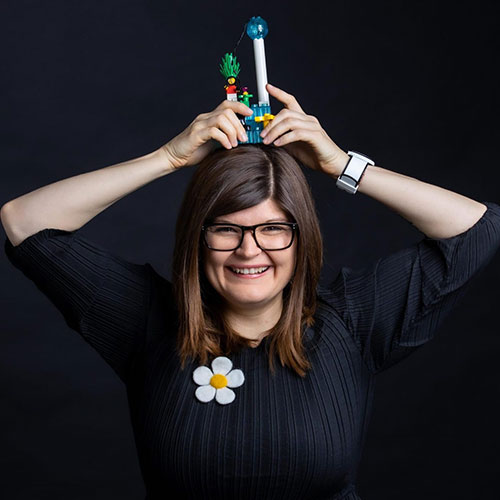 Dr. Kate Raynes-Goldie has been playfully preparing humans for the future since 2003.

A technology analyst, trained ethnographer and professional game designer, Kate mixes the playful and the serious to engage audiences with compelling stories and useful insights.

She is the Founder of Future Human Academy, which prepares young people for the future of work; and Playup Perth, an event series that showcases and supports creative innovation in Western Australia.

Kate has also been playing with reality since 2007. Her award-winning mixed and augmented reality (MR/AR) games have been played all over the world, including at the National Theatre (London), Toronto International Film Festival and IndieCade (San Francisco). Her current project, “Secret Agents of Happiness” invites players to engage with those around them with random acts of joy and kindness.

Kate has worked with a wide variety of clients from different industries, including the Office of the Privacy Commissioner of Canada, Deakin University, Bankwest, RAC WA, Knowledge Week and Health Canada.

Kate has won multiple international awards for her work, including WAITTA Incite’s Achiever of the Year 2015/2016; the Australian Computer Society’s Digital Disruptor Professional Achiever of the Year (2016); and one MCV Pacific’s 30 most influential women in games for three years running. Kate is also a nominee for the 40 Under 40.
She holds a PhD from Curtin University’s Department of Internet Studies, where she is also an Adjunct Senior Research Fellow, and a graduate of the Canadian Film Centre’s New Media Lab, where she previously taught. Kate is an Affiliate Member of Professional Speakers Australia and an Honorary Member of the Australian Computer Society.

Dr. Kate Raynes-Goldie
X
We use cookies to ensure that we give you the best experience on our website. If you continue to use this site we will assume that you are happy with it.OkPrivacy policy